Sices RN200 regenerative power controller can control up to 16 inverters and up to 16 controllers can be connected together in a system providing control over renewable energy. The 4.3″ TFT screen has a backlight, the power is only 6W, the weight is 1.1 kg and is equipped with IP65 protection to help the controller use it in a variety of environmental conditions.

Solar Controller Sices RN200: Provides the ability to control the system manually or dynamically operating in parallel between the solar source and the generator source, in addition, it also has the functions of solar power protection, protect busbars, protect generators, control operating parameters, adjust parameters on the system, etc. 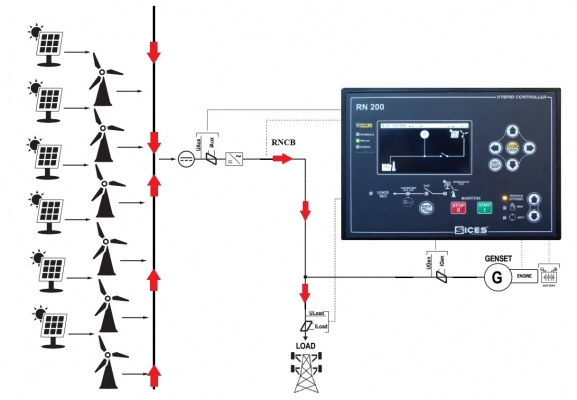 When the solar energy source is not enough to supply the load, the system will operate the generator to power the load to operate at full capacity.

When the solar energy source is no longer available (at night or wind is lost), the generator will be started to supply the load for continuous operation.

When the solar energy source resumes and supplies power to the load, the generator will stop working to allow the renewable source to supply the load.

Benefits of the RN200 controller

The Sices RN200 solar power controller included in the system will bring the following benefits:

System parameter control: The system will display the parameters on the screen of the monitoring controller and adjust the system’s parameters easily and conveniently for the user.

Operating and controlling the system: On the screen, there are buttons to help users based on reality to operate and control the system according to operational requirements to ensure the best operation of the system. The system allows to control up to 16 inverters and can combine up to 16 controllers on one system, so the system capacity can be controlled very large. 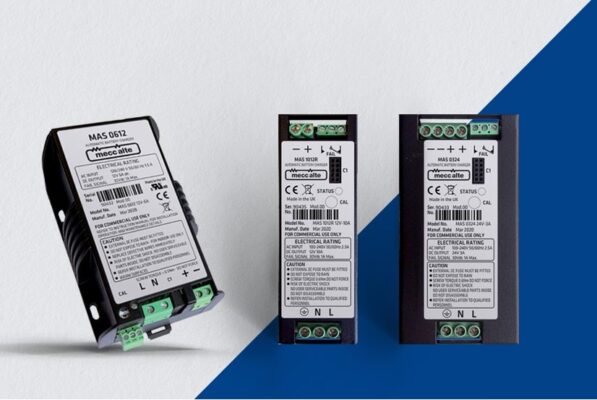 Battery is not charging & How to fix battery charger